Environmentalists have pinned their hopes on the nation’s most populous state ever since China rejected American recyclables two years ago. 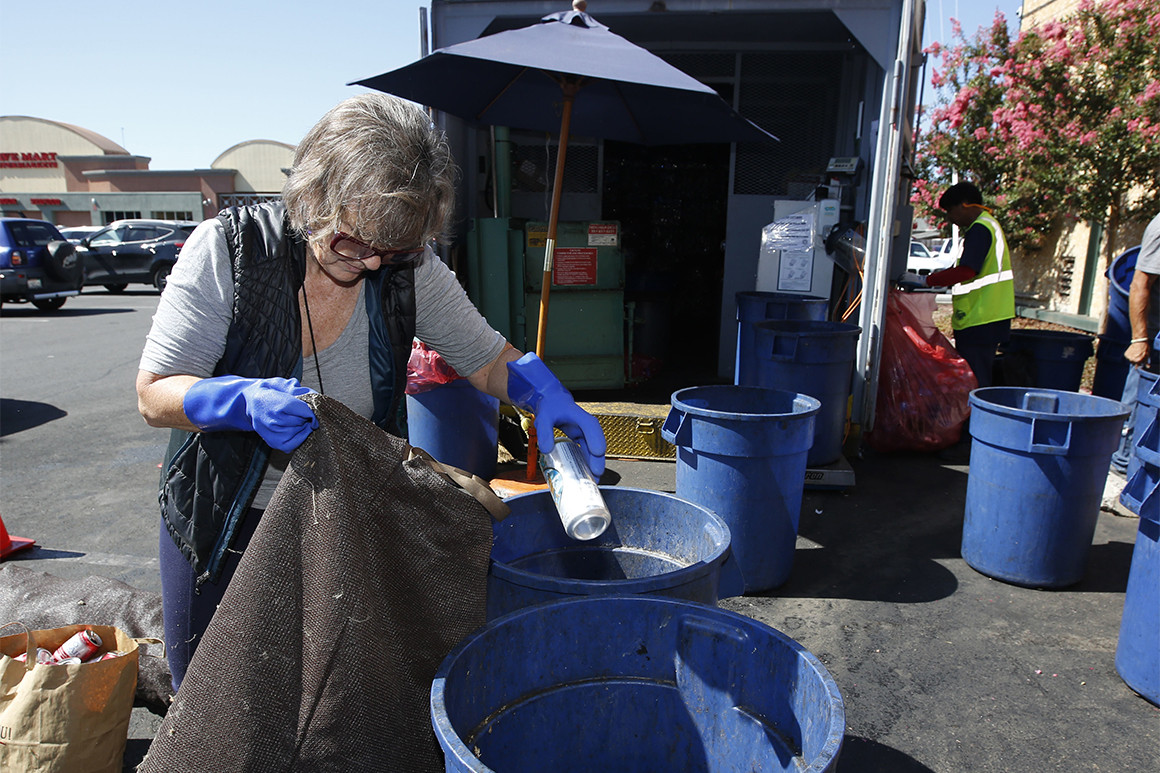 The plastic waste revolution died in the California Legislature this year.

Environmentalists have pinned their hopes on the nation’s most populous state ever since China rejected American recyclables two years ago, literally dropping the problem on the public’s doorstep by forcing cities to raise garbage fees and ban more plastics from recycling bins.

California’s working solution: Transform the entire recycling chain by cracking down on America’s love affair with single-use plastic materials that have reliably contained meals, snacks and beverages for decades.

Such legislation would seem a slam dunk in California, where Democrats have unprecedented supermajority control of the Legislature and have long made the state a national leader on recycling and climate change. But intense lobbying from container manufacturers, retailers and the plastics industry — coupled with legislative mismanagement — doomed the proposal for the second straight year.

After negotiating this summer, proponents agreed to focus on plastics and remove targets for aluminum and glass from their legislation. Two identical bills, one in each house, served as vehicles for the idea, theoretically doubling the opportunities to send it to Gov. Gavin Newsom during a frenetic end of session.

Their passage would have been a major environmental victory of the sort that’s eluded Sacramento the past several years. The twin bills would have required all single-use plastic packaging and “priority” products such as foodware and takeout containers to be truly recyclable or compostable by 2032. Manufacturers would have had to ensure that 75 percent of their products never reached landfills. If they failed, the state could ban their products in California altogether.

The proposal has drawn intense opposition from some of industry players and Capitol heavy-hitters. Dart Container Corp. — a familiar name to anyone who orders takeout — donated to 75 lawmakers this session, including 20 of the 24 Assembly members who let the bill die by abstaining. The lobbying group Californians for Recycling and the Environment, spearheaded by packaging manufacturer Novolex, reported spending $3.3 million over the first 18 months of the two-year session to oppose the two bills.

But it wasn’t just a packaging company attack. The Consumer Brands Association, which includes Coca-Cola, Target, General Mills and other retailers and manufacturers, opposed the measure. So did the Western States Petroleum Association, a perennial Sacramento powerhouse whose oil members include manufacturers of chemicals used in plastic production.

The groups say the state should focus first on shoring up its recycling infrastructure and that setting a recycling mark — like 75 percent — doesn’t account for factors out of the hands of manufacturers. Californians for Recycling and the Environment said in a statement that it wants a plan that “allows for harmonization with other states and one that has appropriate funding and infrastructure plans.”