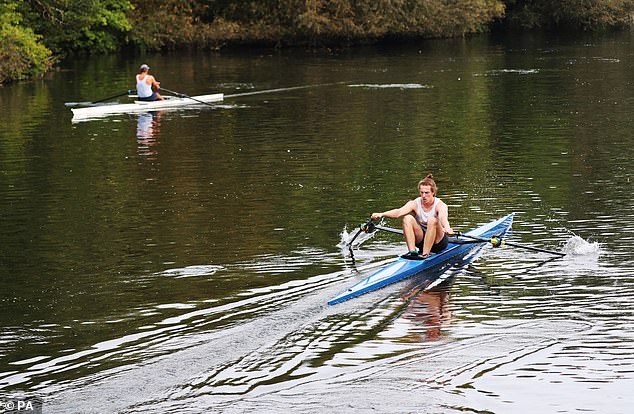 Official data from the Environment Agency reveals no river or lake in England is in ‘good health’ due to high levels of chemical pollution.

Figures were last published in 2016 and at the time 97 per cent of surface water was ranked ‘good’ when considering levels of chemicals from households and farms.

However, stricter tests have been developed to help spot signs of chemical pollution in marine animals and exposed the shocking state of our nation’s waterways.

Conservationists are calling for urgent action and increased funding to tackle the issue.

While chemical pollution is revealed as ubiquitous, overall health has failed to improve despite a Government pledge that all waters will be in good health by 2027.

Measurements taken last year and published today show only 16 per cent of waters in England received a ‘good’ rating for overall ecological health.

This is the exact same as it was in 2016, a long way from the lofty progress needed to reach the targets set four years ago by DEFRA.

Experts now say the 2027 target is ‘all but unachievable’.

The figures also show that English waters are among some of the worst in Europe, with a European average of 40 per cent surface water bodies in good health.

Scottish rivers and lakes scored 65.7 per cent while almost half (46 per cent) of Welsh waterways and 31 per cent of those in Northern Ireland were deemed ‘good’.

Environment Minister Rebecca Pow said: ‘We need to go further and faster on reducing the environmental impact from storm overflows and other sources of pollution including chemicals and agriculture.

Scientists at the University of Massachusetts, Amherst, have used what …[More]

Researchers developed a biosynthetic polymer that can heal itself, is b…[More]