They have been hounded by sellers for months, so it was nice to see OXY stock hasn’t forgotten how to go up. But if you are hoping the rise is signaling a sustained change in trajectory, prepare to be disappointed.

The rebound was a retracement, and nothing more.

Worse yet, the mild strength was echoed by the broader energy sector and oil prices. But — and this is key — neither chart broke resistance. That suggests the rally was a ruse. Today we will take a fresh look at crude and the Energy Select Sector SPDR (NYSEARCA:XLE) to see how little last week’s pop changed things. Then, we will analyze the OXY stock price chart to illustrate why you should continue to avoid it. 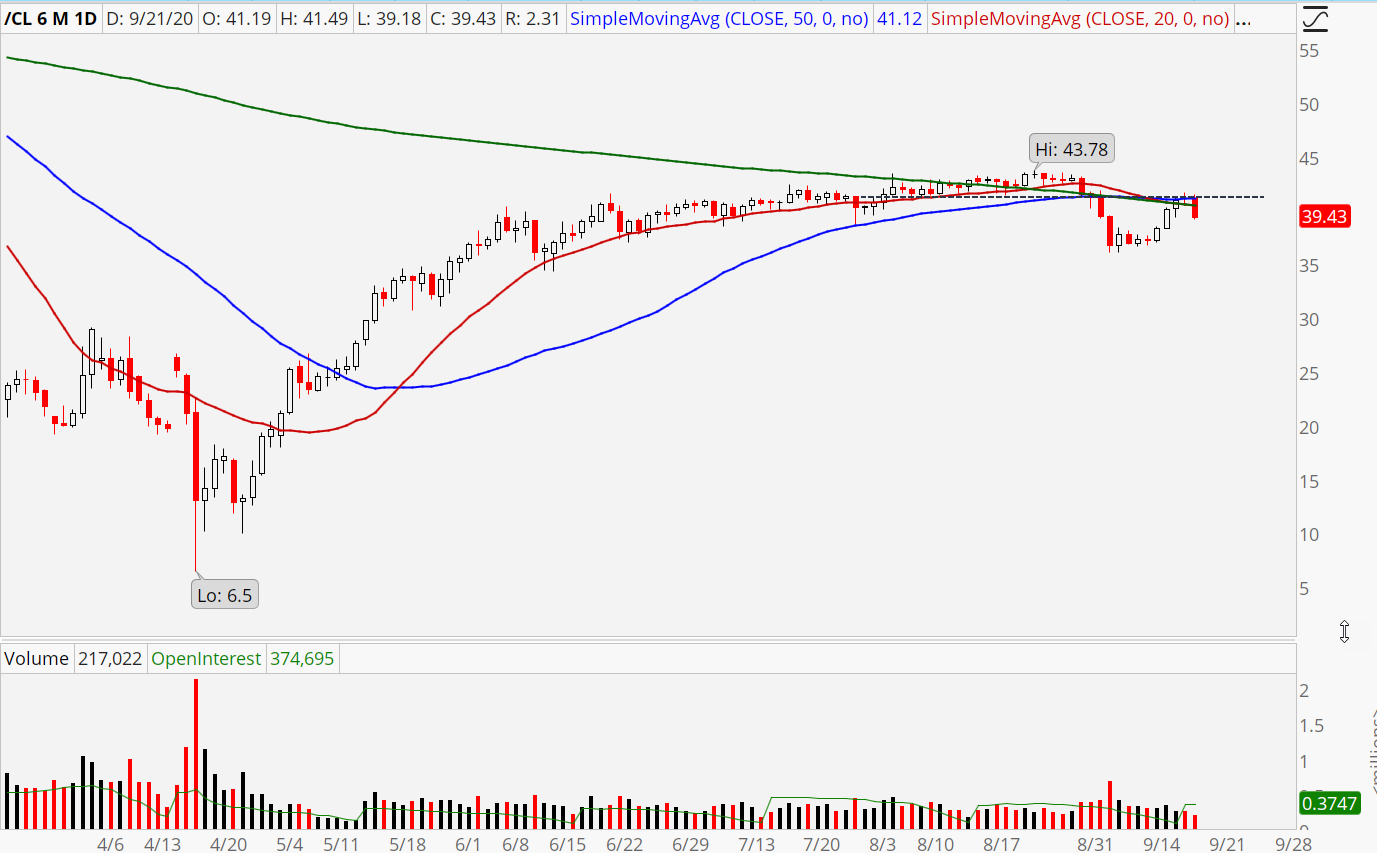 I would be lying if I said I wasn’t slightly impressed by oil’s run last week. The three-day ramp pushed prices back above $40, recovering much of the ground lost during the late-August descent. Unfortunately, the run-up failed at the 50-day moving average. Friday’s doji candle confirmed momentum was waning, and bulls were struggling to push prices any higher.

To those schooled in technical analysis, the location of the rejection should not be too surprising. The level near $41.50 served as support throughout the month of August, so it makes sense that it is now acting as resistance. Monday’s 4% slide confirms the upswing is dead, and a new downswing is beginning. Given the strong correlation between oil prices and energy stocks, this does not bode well for the likes of Occidental Petroleum. 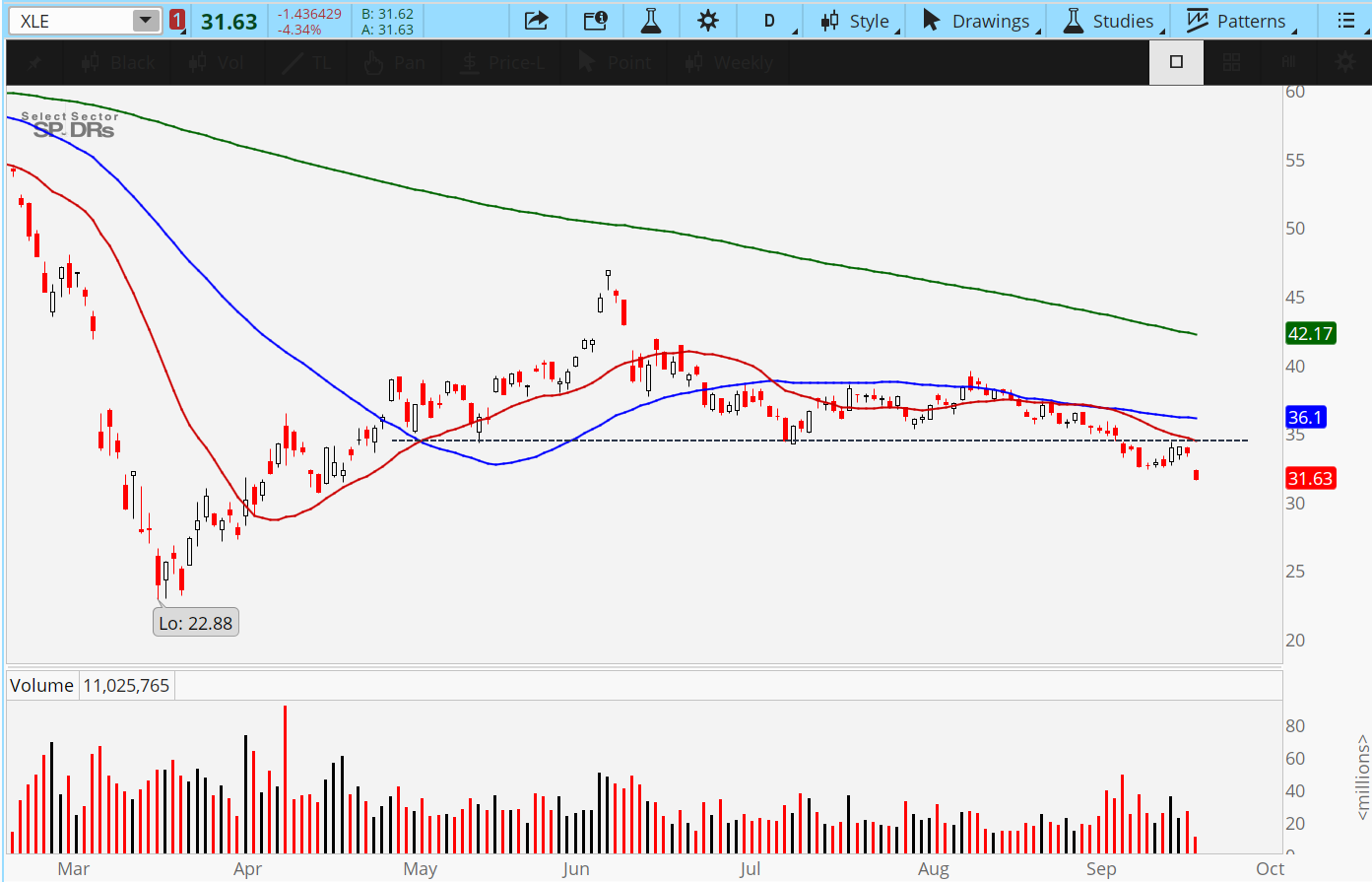 The picture does not get any better when looking at the energy sector. XLE’s pop was stopped dead in its tracks by an old support zone at $34. In addition, we never reclaimed the high ground above the 20-day moving average, which is declining. The 50-day and 200-day moving averages are also pointing lower.

The trickery that was last week’s rally is on full display this morning. XLE is down 4.1%, fully erasing any gains, and plunging the sector to a new five-month low. Today’s loss is far outpacing the S&P 500’s drop, illustrating the continued relative weakness we are seeing out of everything energy-related. The next stop for XLE is an old support level near $30.50.

Its continued demise will weigh on OXY stock. 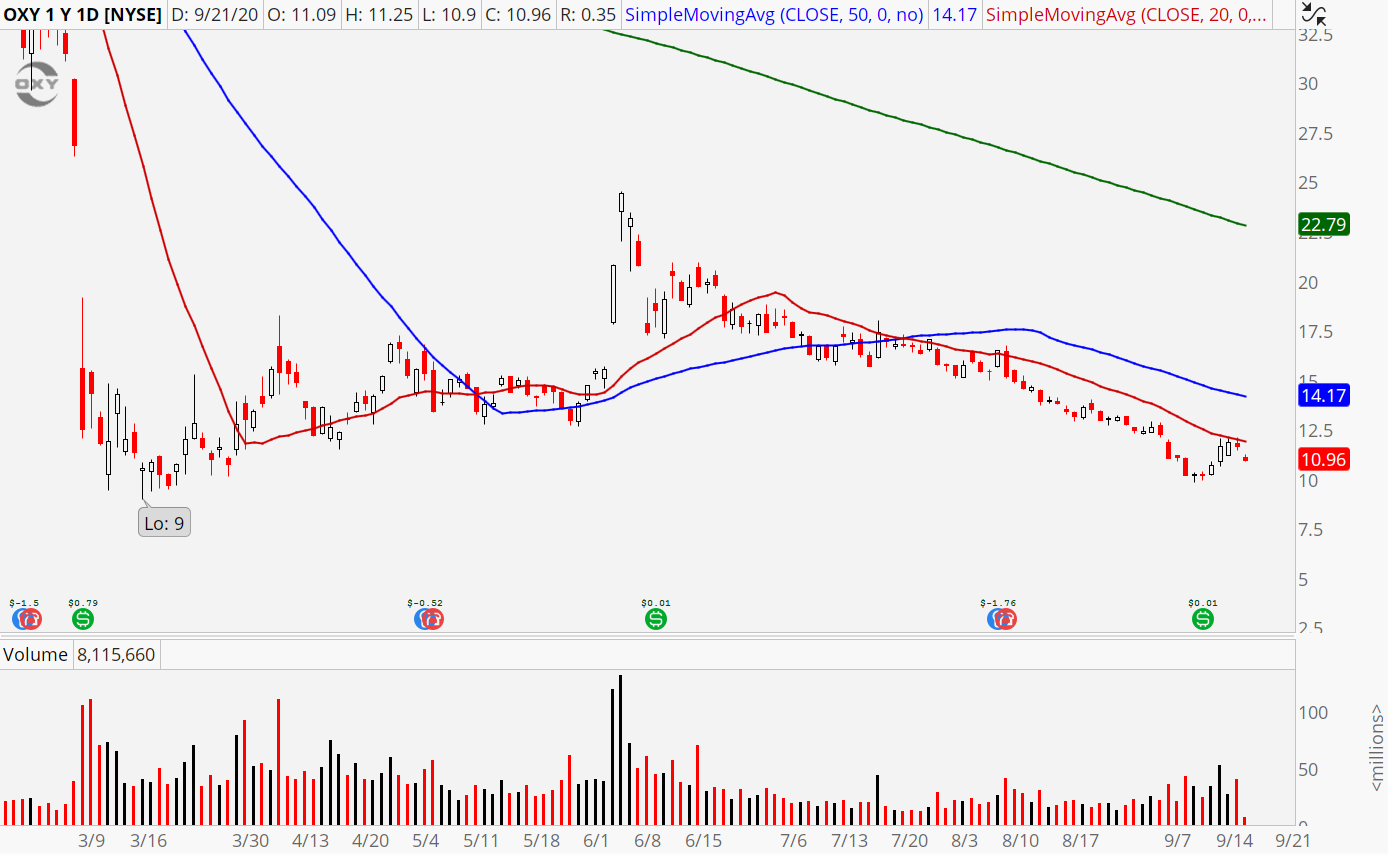 With the oil and energy sector rolling, it is completely logical for Occidental Petroleum to be sucking wind. The lion’s share of its dismantling took place during the March massacre, and though it saw a valiant recovery attempt in June, the resurrection ultimately failed. Last week’s pop may have delayed OXY’s return to single digits, but its downtrend suggests it’s only a matter of time.

In searching for potential downside targets, two levels come to mind. First up is the previous pivot low near $10. It marks the starting point of last week’s run-up and is thus the logical first target for the next downswing. The fact that it is a nice round number works well with the psychology of traders.

After that, the March low of $9 comes into play. It marked the spot where buyers finally emerged on the first meltdown. In sizing up how to capitalize on OXY stock’s continued weakness, traders have a few choices. It is easy to borrow, so shorting the stock is a possibility. The cheap price tag also keeps the margin cost low.

On the options side of things, the liquidity is fantastic. Open interest is in the thousands and bid-ask spreads are a penny or two wide. I like either buying November puts, such as the $12 strike for $2. The other option is to buy a put spread such as the Nov $11/$8 for around $1.10.

December 1, 2020
Internet of Things (IoT) in Retail Market to Achieve Record Revenue Lev…[More]
August 26, 2020
A new bill introduced in the House of Representatives may change how pe…[More]