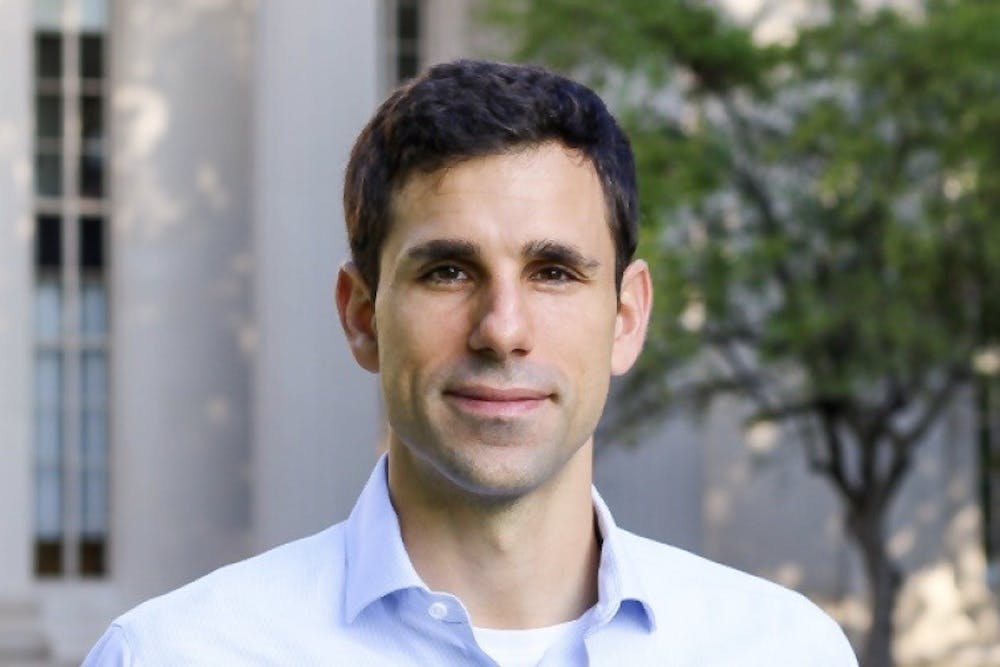 Presidential Assistant Professor César de la Fuente has been recognized by the American Institute of Chemical Engineers as one of the top 35 chemical engineers under 35.

The award recognizes young professionals who have made a “significant contribution to the Institute and to the chemical engineering profession,” according to AIChE. De la Fuente, whose lab conducts work in the Bioengineering, Microbiology, and Psychiatry departments at Penn, was given the award for his bioengineering work.

At the de la Fuente Lab, he leads a Machine Biology Group that strives to solve health problems in society through the integration of computer science and biology. De la Fuente was commended by the AIChe for his work with this group, which is currently using electric chemical devices to develop a COVID-19 diagnostic test, de la Fuente said.

De la Fuente said he was honored by the award, and was grateful that the hard work of researchers of the de la Fuente lab was being recognized.

Second-year master’s student in computer and information technology Jacqueline Maasch said she thought de la Fuente and his lab deserve the award for the work he has contributed to the bioengineering field through the Machine Biology group.

“Not only are we all individually ambitious people who are dedicated to rigorous science, but we care about the societal impacts of our infectious disease research,” Maasch said. “We care about multidisciplinary collaboration, and we care about making sure that it is a healthy and intellectually supportive environment for people of all backgrounds. Dr. de la Fuente is unusually committed to that.”

In 2019, de la Fuente was recognized by the Massachusetts Institute of Technology’s Technology Review as one of the top 35 innovators under 35. That same year, Penn President Amy Gutmann named de la Fuente a Presidential Assistant Professor, a prestigious position that awards appointees a five-year term.

De la Feunte said his passion to use biology and engineering to make a difference began when he was a child.

“I’ve always been interested in nature and the biomedical world and coming up with new ways of taking inspiration from the natural world and trying to tune it or tweak it, or reprogram it to serve some positive impact in our society,” de la Fuente said.

Chair of the Bioengineering Department Ravi Radhakrishnan said that he was not surprised that de la Fuente was recognized by the AIChE.

“César is a very special and gifted individual,” said Radhakrishnan. “First of all, he is very visionary. He is not afraid of tackling big problems. He also has a very keen eye for impact, and when I say impact it is not for him to be famous. It is for a societal impact on health and impact on technology.”

Radhakrishnan said de la Fuente is a natural mentor and leader who takes the time to get to know all his students and partners in the lab.

Maasch said de la Fuente’s mentorship and inspiration have helped her as a student and researcher.

“His dual emphasis on rigor in science but also compassion and caring for the impact that your research will have for the world but for the people in your own lab and that it is not about one or the other,” Maasch said. “Both can coexist.”

De la Fuente said he hopes to continue to conduct research through the de la Fuente Lab to create solutions for biomedical problems.